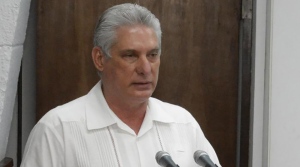 Cuban President Miguel Diaz-Canel confirmed on Friday his confidence in the triumph of the people over difficulties in the international socioeconomic crisis, based on the application of the government strategy to overcome the negative economic effects in post Covid-19 time.
In his Twitter account, the president wrote: ‘Force, Cuba. We will continue living, boosting the economy and winning’, and shared the post-Covid-19 Cuban strategy: The Government that overcame the pandemic is preparing to face the crisis.

On Thursday evening, the Cuban Government announced the implementation of several measures to strengthen the national economy in the midst of the current complex scenario, which in the case of the island it worsens due to problems derived from the intensification of the US blockade. 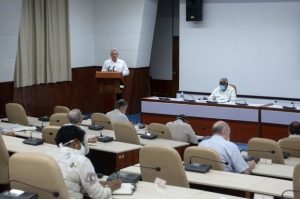 The Council of Ministers approved in an extraordinary session the set of actions, which focus on the economic and social tasks of the country, including many of the elements approved in the National Plan for Economic and Social Development until 2030.

In accordance with what was said by the head of state before the highest government body, the new provisions seek to raise the necessary foreign exchange to continue ensuring the basic rights of the people and the growth of industry.

‘We will focus on food production to achieve food sovereignty with a transformation in the Ministry of Agriculture, in the ways of marketing products,’ said Díaz-Canel.

He added that an overhaul of internal trade and the role of the socialist enterprise is also proposed, as well as the increase of all productions, granting a more relevant role to the domestic market and the national industry.

Among other measures, the president advanced the sale in freely convertible currency of a group of mid-range and high-end products, and the link of all economic actors to the national market.