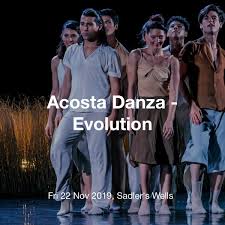 Both Acosta Danza and Dorrance Dance are companies formed by supremely talented dancers with a point to prove. Perhaps that is why, in addition to technical excellence, they share a warm sense of being heartfelt, of making the case that dance matters to its participants and viewers.

In the case of Carlos Acosta, his aim in founding a company based in his native Havana was a way of offering something back to his homeland at the end of his glittering international career – and a means of promoting and supporting the talent that exists there. That ambition both explains the quality of the dancing and the two new commissions on this mixed bill – the second he has brought to Sadler’s Wells – which will tour the UK early next year.

The first, Satori, by company dancer Raúl Reinoso, feels very much like an early work by someone trying to find their style. Set to a striking score by Cuban composer Pepe Gavilondo, it seems to be about the stages of enlightenment on the way to the discovery of truth. It makes striking use of the height and balletic talent of Zeleidy Crespo, who towers over the other dancers, like a mother tending her brood, and also of a piece of floating blue silk that serves as both costume and backdrop.

There are interesting, inventive moments, but there’s something effortful about it, and it’s outshone by the second new commission, by the more experienced Swedish choreographer Pontus Lidberg. Paysage, Soudain, la nuit takes its Cuban inflection from a stunningly attractive rumba-flecked score by Leo Brouwer and Stefan Levin, and a set of beautiful simplicity by the artist Elizabet Cerviño, which sets the dancers wandering against a strip of glistening white corn. The lighting, by Patrik Bogårdh, conjures the states of twilight and dawn in which the youngsters meet.

The movement is relaxed and limber, with little flicks of the feet and whirs of the arms, rising in light, quick jumps, falling to the stage in controlled slo-mo. It finds texture and shape by giving the dancers skittering entrances and exits; the shapes of the stage grouping are always changing, and there’s a sense of a mysterious, suppressed narrative in which a pensive lone girl (lovely Marta Ortega) seems to find and lose her love.

What’s impressive is the way that all the dancers move fluently from street moves to contemporary to ballet; they are forging a style that has hints of them all, and they look confident and vital. That is vividly shown in the programme’s two other works. In Sidi Larbi Cherkaoui’s Faun, Zeleidy Crespo and Carlos Luis Blanco turn the sensual, writhing steps into a powerful evocation of attraction and desire. In Christopher Bruce’s popular, entertaining Rooster, to the songs of the Rolling Stones, the entire company give it their all.

They are literally led by Acosta, smiling with broad delight at the wild applause that greeted his first appearance on the stage, and revealing that even at 46 he has lost none of the flair, timing and attack that made him such a great dancer in the first place.

In a different genre, the American Michelle Dorrance is easily his equal, a dancer who makes the intricacies of tap into the most poetic, compelling music. Her company, Dorrance Dance, is devoted to developing and preserving tap dance not just as entertainment but as art form, and the hour-long programme Myelination and other works perfectly fulfilled that brief.

It opens with a nine-minute blast of Jungle Blues, the most traditional of the works on display, in which the dancers break from a chorus line to perform gentle variations of incredible skill. Three to One, which contrasts Dorrance’s easy tap with the softer style of street dance, is only intermittently interesting. The final piece, the immensely complex Myelination, offers tap as a percussive force, some routines so fast they seem like punctuation in sentences you haven’t understood, some slower and emphatically emotional.

It is utterly transfixing and entirely wonderful. I could have watched it over and over again and still not have grasped all the richness on display. 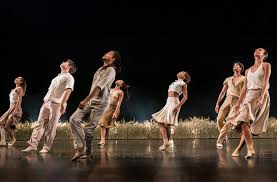 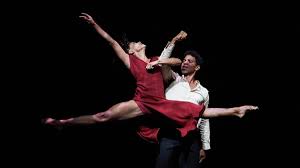 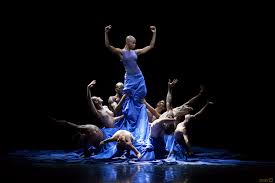