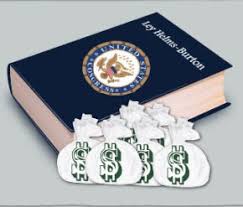 Declaration of the Ministry of Foreign Affairs

On January 16, 2019, the US State Department announced the decision to suspend, only for 45 days, the implementation of Title III of the Helms-Burton Act, “in order to conduct a careful review …in light of the national interests of the United States and the efforts to expedite a transition to democracy in Cuba, and include factors such as the Cuba’s regime’s brutal oppression of human rights and fundamental freedoms and its indefensible support for increasingly authoritarian and corrupt regimes in Venezuela and Nicaragua.”

President Donald Trump’s administration threat to take a new step that would dangerously tighten even further the blockade against Cuba would be a flagrant violation of International Law and a direct attack on the sovereignty and interests of third countries.

Cuba strongly, firmly and categorically rejects such a threat, which is construed as an extremely arrogant and irresponsible hostile action, and repudiates the disrespectful and slanderous language used in the public announcement made by the State Department.

The Helms Burton Act was entered into force in 1996. It was conceived to codify and tighten the economic, commercial and financial blockade policy officially imposed in 1962 with the purpose of subverting and overthrowing the Cuban government and imposing a regime to the liking of the US government.

It consists of four titles and has been implemented since its enactment. It is characterized by having an extreme extraterritorial scope, violating the rules and principles of International Law, contravening the rules of trade and international economic relations and being harmful to the sovereignty of other States, particularly because of the implementation of its provisions against companies and individuals established in their territories.

This Act has been rejected almost unanimously by the international community at the United Nations, specialized international bodies and regional organizations, such as the Community of Latin American and Caribbean States and the African Union. Several countries have passed their own national laws to cope with the extraterritorial effects of this Act.

One of the main objectives pursued by the Helms-Burton Act has been to hamper Cuba’s economic, commercial and financial relations with third countries as well as its capacity to attract direct foreign investments to support its development. Titles III and IV of this Act are expressly devoted to pursue that.

Title III authorizes US nationals to bring action before US courts against any foreign citizen that is “trafficking” in US properties that were nationalized in Cuba in the 1960’s by means of a legitimate process, as was recognized by the US Supreme Court, that was carried out by the Cuban government, in full adherence to its national legislation and International Law.

Among the most notorious aberrations, the aforementioned Title makes that authorization extensive to owners that were not US citizens at the time when nationalizations were carried out and whose alleged properties no one has certified.

By virtue of the very Helms-Burton Act, all US presidents since 1996, including Trump in 2017 and 2018, have consistently made use of the executive power to suspend the implementation of Title III every six months, for they have recognized that it is the most gross and unacceptable aspect of it, contrary to International Law and the sovereignty of other States; and also because they have realized that its implementation will bring about insurmountable obstacles to any prospective solution to claims and compensations to legitimate US owners.

On November 2, 1999, Havana’s People’s Provincial Court, for its part, upheld the Demand against the US Government for Human Damages and sanctioned it to provide the Cuban people with reparation and compensation worth 181.100 billion dollars; and on May 5, 2000, that same court sentenced the US government to pay 121 billion dollars also for Economic Damages Caused to Cuba.

The Ministry of Foreign Affairs has reiterated Cuba’s willingness to find a solution to mutual claims and compensations.

This decision that the US government is threatening to implement would mean that, contrary to what is established by International Law and the praxis of international relations, foreign individuals and entities with legitimate businesses in Cuba could find themselves putting up with the threat of having to face up to unfounded claims void of legitimacy before the US courts. The politically motivated and venal behavior of some courts in Florida, very often used as a weapon against Cuba, is too well known.

To our people it means to stand up, once again, in a firm, conscientious and categorical way, to the US imperialism’s efforts to submit the destiny of the Cuban nation to its domination and tutelage.

If Title III were to be applied as established by this law and as threatened by the US State Department, each and every Cuban and community in the country will bear witness to the way in which the lawsuits are filed before US courts claiming for the ownership of the house they live in, the workplace they work at, the school their children attend, the polyclinic where they are provided with medical care, the parcels where their neighborhoods have been built; and they will be able to corroborate their attempt to deprive Cubans from the country’s wealth, infrastructure, arable lands, industries, mining resources, energy potential as well as the foundations to develop science and technology and provide services to the population.
We should all remember the aberrant contents of the Bush Plan which thoroughly describes and organizes the way in which Cuban families and the whole country would be stripped of almost everything.

For more than twenty years, the Helms-Burton Act has guided the interventionist efforts of anti-Cuban sectors in the US to attack the Cuban nation and undermine its sovereignty. By virtue of its implementation, hundreds of millions of dollars have been allocated to subvert Cuba’s internal order, and countless measures have been proposed to bring about a change of regime. Its economic impact has seriously affected the country’s development efforts as well as the population wellbeing. Its humanitarian impact has not been greater thanks to the social justice system that prevails in Cuba.

The attempt to fully implement Title III has been promoted against the opinion of important US government agencies and as a consequence of the power and influence achieved within the government by persons whose political career has been marked by an impotent resentment against Cuba and relied on the use of lies and blackmail.

Most of the US public opinion has consistently opposed the economic blockade, according to highly qualified polls.

History records with sufficient clarity that neither the economic blockade policy nor the bilateral problems between Cuba and the United States originated from the fair nationalizations that were carried out by the revolutionary government, according to the law and its legitimate right. The US government military, economic and terrorist aggressions against Cuba started before the fundamental actions of nationalization of US properties started.

The Ministry of Foreign Affairs reiterates the postulates contained in the Law to Reaffirm the Cuban Dignity and Sovereignty (Law No. 80) and emphasizes that the Helms-Burton Act is illegal, inapplicable and is void of any value or legal effect. Consequently, any claim filed under this law by a natural or juridical person, regardless of their citizenship or nationality, will be rendered null.

The Cuban government reserves the right to respond in due time to this new aggression.